Crossing the river Mirna, I remembered that I still didn’t visit Kotli, the origin, the famous spring of the River. Well, I guess my “to-do list” is luckily still rather big.

The Mirna is the Istria’s longest and richest river. In the little village Kotli with only fifteen old stone houses in 19th century look there is the valley of the River Rečina, the river that connects with the rivulet Draga and continues to flow in a river named Mirna for some 52,8 km until it flows into the Adriatic sea in the bay Antenal near Novigrad. What makes this river so special? It cascades in falls, creates ponds in rocks, spills over from one cauldron to another. On her way to the sea, it meets Butoniga and Bračana and creates magnificent 17 waterfalls, some almost 30 m high. According to history, it was a navigable river and you can steel use a kayak and a canoe to enjoy in a wonderful experience.

At the bridge I met a friend, she went there cycling. I always have a time for a photo, especially on a trail races where it is allowed to make a stop, look, and enjoy the nature. Welcome to the truffle valley… some kind of a sign was there at the beginning of the several kilometres run before the next hill.

Truffles? Besides Buzet, the town of Oprtalj, the hamlet of Livade are considered the centre of truffles. The sign on the street pointed out on the festival “Days of Truffles” are organised at the beginning of October every year. This fungus comes in several species of which the genus Tuber is the most prominent. Black truffle, burgundy truffle, white truffle, whitish truffle, Terfezia species and sometimes even a “false truffles” are highly prized and by some considered as the diamonds of the kitchen. Besides the special pungent aroma, they are considered as delicacies, aphrodisiacs and as medicines. You can even go on a hunt for wild truffles with a dog or a saw. It is interesting that female pigs can detect the truffle because it contains a compound similar to androstenol, the sex pheromone of boar saliva. The problem is only, if they find it, they will eat it, so you must be fast, or at least faster than the saw. 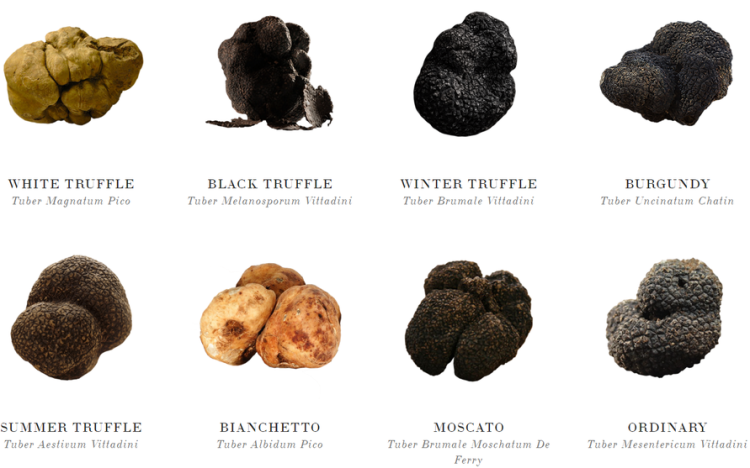 Source of the image: detechter.com.

Let us leave truffles and Livade hamlet and do this uphill part of the run. Let us go to picturesque Oprtalj. Running through the Livade was nice. The weather was great, still not warm and I had my both bottles of water and some energetic drink as refreshment. I know that in this race this will be the last big uphill part. Although these cca 400 metres seems easy this hill suddenly started to look like the highest mountain that I have ever seen. I didn’t want to eat the dextrose bonbons that I took as the last resort, but somehow they vanished during the first part of the hill. I was trying to convince myself that it is ok to go slow, and I didn’t want to stop and have a rest. It was amazing to see runners from longer distances (up to 100 miles). They were really running uphill as if they do not have tiredness in their legs. How can this be possible? How can they run uphill? I still think that it is a mystery. I always said “Bravo” when I see them coming. Since this huge mountain had no end, I started to cheat on myself. I imagined that the end is just behind the corner (although I knew it wasn’t). Still, it worked. The hill was getting lower and lower and finally I reached the road. Several people were standing on the road cheering to us. I guess they were there as a support for their friends. At the top, I took photos of Motovun. The view was magnificent. 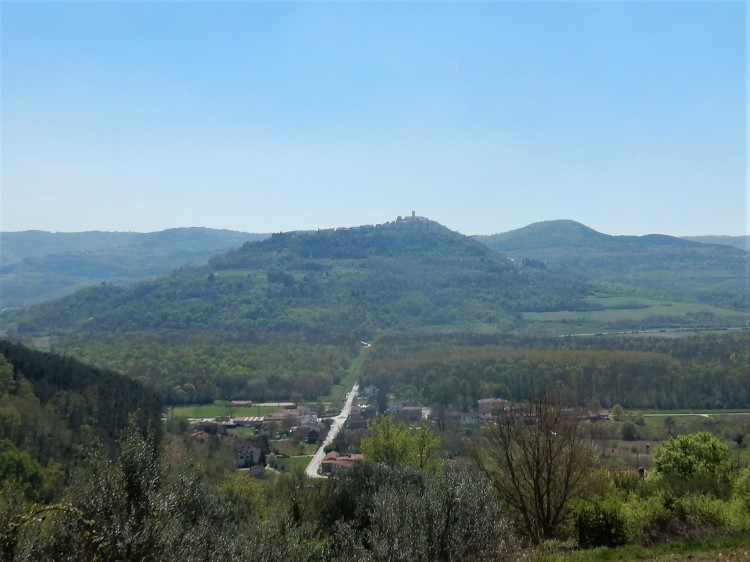 Oprtalj. …finally – I though while I was passing the sign of the town. I think that soon there will be some refreshment point. I think they said on the 10th kilometre, and guessed it might be here. In the town, a bunch of local people cheered. One man asked me (very seriously): “Do you want a beer?” – I laughed. Maybe it sounds tempting, but drinking a beer during a run probably wouldn’t help and who knows where would I end running drunk… ha ha ha

Oprtalj is a small picturesque little town at the top of the 380 metres high hill above the Mirna river valley. It is medieval town historically named “Town of 72 man of letters”. I don’t know why they called it that way, but it is repeated often by some local people. There is a small old Church of St. Rock build in 1581 at the entrance of the city. I remembered that the Church had fresco paintings made by Antonio from Padua, but I guess It is not the right time to visit it, so I just passed by. An amazing sight is definitely Renaissance Venetian municipal loggia from which you can take a look at the Istrias countryside. This loggia houses a lapidarium and several stone coats of arms. Another Church, the Parish Church of St. George from 1517 with a 27 meters high bell tower. Luckily, I don’t have to climb the stairs of this tower today. Just before the end of the town there is another church, the church of Little Virgin Mary from 15th century.

I passed the city. Well, I guess the control point must be a bit further away from here. Tenacious strength to go uphill and continue… Tenacious, tenacious? How persistant should I be to run the uphill road? How extreme is the run on the hot road without refreshment?! I cannot stop just because it is not easy…..