Thomas Jefferson had “potatoes served in the French manner” at a White House dinner in 1802.[12][13] The expression “French fried potatoes” first occurred in print in English in the 1856 work Cookery for Maids of All Work by E. Warren: “French Fried Potatoes. – Cut new potatoes in thin slices, put them in boiling fat, and a little salt; fry both sides of a light golden brown colour; drain.”[14] It is apparent that this account refers to thin, shallow-fried slices of potato – it is not clear where or when the now familiar deep-fried batons or fingers of potato were first prepared. In the early 20th century, the term “French fried” was being used in the sense of “deep-fried” for foods like onion rings or chicken.[15][16] It is unlikely that “French fried” refers to frenching in the sense of julienning, which is not attested until after French fried potatoes. Previously, frenching referred only to trimming meat off the shanks of chops.[17] 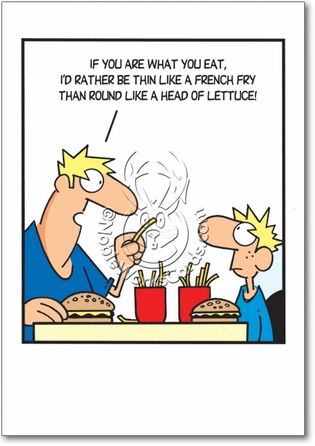