I always wanted to share my memories, experience, adventures.. not to mention photos and funny tips…so maybe it is time to start doing it.

I have stumblled upon an giveaway where I had to write a short story about an adventure from travelling, so I have decided to write about something in Sevilla, a wonderfull Spanish town that I had a chance to visit…

Later I realized that the whole giveaway was fake… ha ha ha.

The winner has been known before it started. And when I tried to say something about it to the organizer… they were were rude and unpolite. And I don’t want to have anything with such people. Maybe I am even happy that I didn’t get anything in this giveawas… becuase it is not a happy prize, if you know what I mean.

My story about Sevilla adventure… 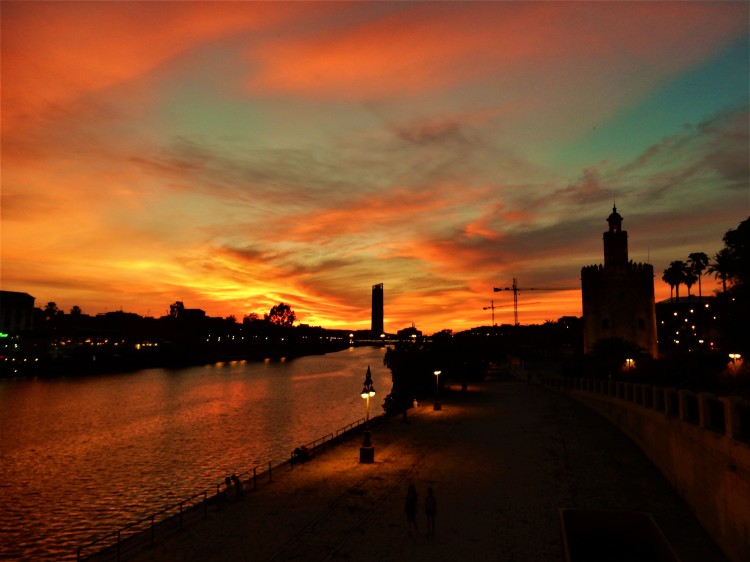 It was seven o’clock in the evening when we arrived in the famous main town of Andalusia – Seville.

Bus for the centre of the city was just leaving in front of the main railway station. The map on my mobile phone and cosy weather did not allow any doubt about easy arrival to our rented Apartment Number 33. Ana and I decided to search for this apartment, while Ena and Mia stayed in a nearby Café. I do not know why, but we went there with our heavy rucksacks, while they stayed in the Cafe with theirs.

The street and the building on the map did not exist in the real world. Strange, I knew we shared a thought. However, we did not want to speak aloud about it, because we did not want to give wings to the fear. I suggested that we should ask in some hotel or some accidental passer-by.

The problem was that there was no one out there. It was warm, silent, and monstrous. Therefore, we walked further with our heavy rucksacks that now carried also this doubt and a kind of a fear. We finally stumbled upon a hotel and asked at the reception. Very handsome young man put a lot of effort to decipher our problem and called effortlessly several times given contact number. Nobody answered. Finally, he gave us some other address where people are supposed to know more.

Our search of the Apartment already lasted more than an hour, so we unconsciously walked faster and faster. Crossing of the main street was almost in a running mode. Night was warm, rucksack at my back too heavy, spooky un-existence of the house in the street that we reserved via booking portal and too long search for unknown left a substantial fatigue in my legs. I stroked the train tracks with the top of my feet and suddenly landed on the Seville’s main street.

Out of nowhere came someone, put me back on my feet like a marionette, and put my lost hat back to my head. “Here you go” – I heard somewhere in the supernatural world. “Are You O.K?” “Fine, I am fine“…I heard my strong whisper in the night. It is not important that I tore my sock that my palms were scratched and full of blood, that I had strange headache, that there is no that number 33. “Fine” – I repeated with a stronger voice.

I am in Andalusia – it is not important. Everything will solve at the end. One perfect ice cream and a tasty coffee will help.

A nice lady that rented the Apartment to us finally responded after 10 PM. Her indulgence gave us thirty-euro fine for late arrival. Namely, we were supposed to come before 10 PM, but we did not contact her!?! Interesting.

Out of remorse, since I was the one that made this reservation – I paid that fine by myself. After so long search, fall and searching of something that does not exist – I just wanted to put down my too-heavy rucksack and say: “Girls – we have arrived”.

Seville is indeed a special town – and even such arrival, such indulgence of the nice lady, the fall, the thirty euro fine didn’t ruined this adventure.

P.S. Apartment at the end was very lovely. Why this search was monstrous? Because they changed the name of the street. Therefore, in the real world, there was a house with the number 33, but it belonged to another street. Instead of 2-3 minutes of walk, we made a 2-3 hour walk. Impressive, isn’t it? 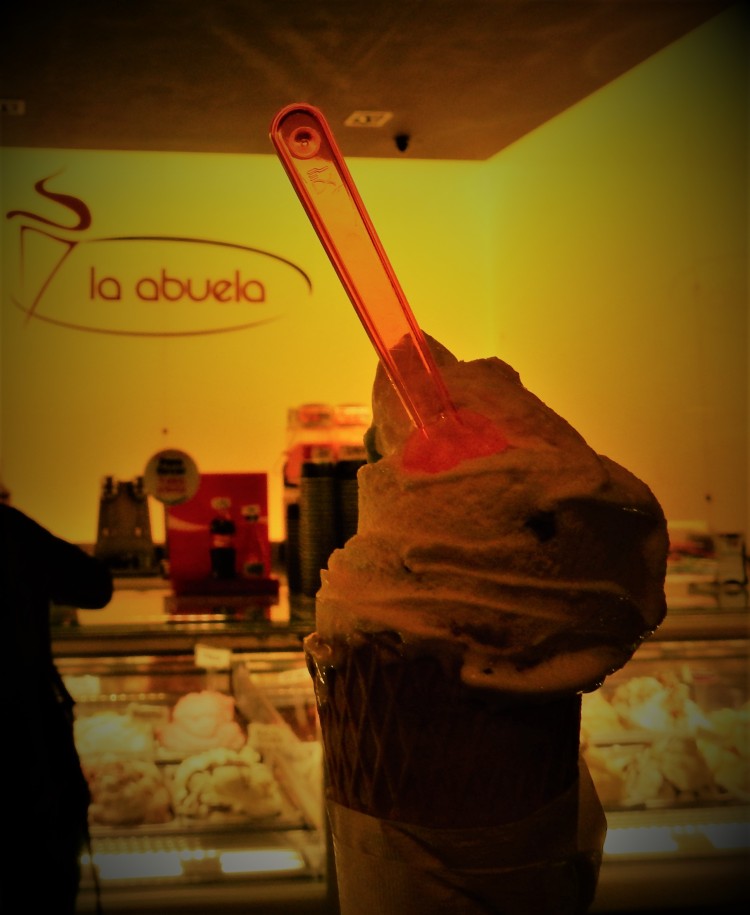 I am starting The Daily Prompts challenge…..

A Year 2017 has started with a wish to do something different. Beside the visiting the place that I have never been before, and learning something new, I planned to do some „Soul-Interior“change. Some things have been lost and gone away from me while I was crossing the tempted line of experiences. I was floating somewhere between known and specific searching for infinite Shine in Your Eyes. Sudden uneven cling inspired me to be myself hopping that Someday I will be capable to find the Unseen.